Could This Be the Beginning of the End  for Christian Fundamentalism? 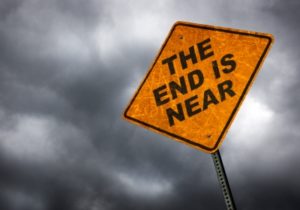 “Did you hear? Dr. Olson has been reinstated as President!” a friend of mine texted me on Friday morning, May 10th, while I was taking a break during a business meeting six states away. I had already suspected as much. I had just talked with Matt Olson earlier that week and with Daniel Patz a couple days before. Daniel, the grandson of the founder of the school, would, within the next few hours, become the newly minted Chairman of the Board of the small fundamental Baptist Bible College-slash-University in the Northwoods of Wisconsin called Northland International University.

Within the span of two short weeks, those final days leading up to graduation on May 11, 2013, Northland’s Board of Directors endured a power struggle so intense that its President, Dr. Matt Olson, was fired then rehired by the Board that was so discombobulated by the confusion that it ended up seeing a majority of its directors tendering their resignation.

The students, the faculty, the alumni, and the friends of this small university of no more than 500 enrollees felt as though they were on a roller-coaster ride. “It’s surreal,” proclaimed one fifteen-year member of the faculty. The overwhelming majority of the faculty and staff supported Dr. Olson. A few were lobbying for his dismissal. Even the fundamentalist blog sites like sharperiron.org and indefenseofthegospel.blogspot.com were equally lit up by the controversy—some praising the action of the Board, some outright shocked and disgusted.

But, what caused the ruckus? Was it about a serious ethics violation or a misappropriation of funds? Was it another sex scandal? Nothing even close to that. Yes, the university was in a difficult financial pinch and enrollment was declining, and, yes, there were some concerns over a highly Orthodox, but non-fundamentalist-approved speaker in chapel, but those weren’t the primary provokers of action…

Primarily, the controversy was over music.

The administration of Northland International University had recently chosen to no longer demonize the use of contemporary styles of music within its community and on its campus. In fact, Northland’s student recruitment team had been present for, and even assisted with, a couple of Christian music concerts in its area, one of which featured Big Daddy Weave—a rather conventional Christian music group with a not-so-conventional-sounding name. This was enough to raise the ire of many fundamentalists. For many, it was enough to write Northland International University off their “approved list” of colleges and declare that Northland could no longer be considered a “fundamentalist institution.” Northland had crossed its Rubicon. It was time to shun and shame the school.

Is music that big of a deal to warrant shaking the foundation of a university noted for producing great Christian pastors, educators and missionaries who take the Gospel of Jesus Christ across the globe? If so, why? If not, how did Fundamentalism get to this point?

END_OF_DOCUMENT_TOKEN_TO_BE_REPLACED

Exerpt from My New Book: Eclipse of Faith 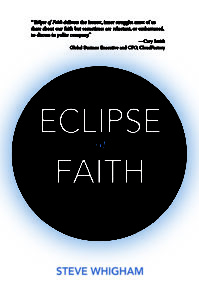 An unflinching, hard-minded look into faith and doubt. In a highly engaging storyline, Eclipse of Faith chronicles a journey: a reluctant journey of one man questioning his faith (to the core of God’s very existence), exploring options, and coming to unconventional conclusions. It s a journey guided by the great thinkers of human history and a journey that explores the faith-claims of many religions from the view of each faith s most faithful: their leading teachers, thinkers, and most revered holy men. Join the author in a disorienting whirl of a worldview being examined, then clarified. Ask yourself: Why do I believe what I believe? And, how do I know it is really true? One man s doubt caused him to scour the world s leading religions for answers. What he discovered changed him forever. Follow his unsettling journey in Eclipse of Faith.

Finally, after three intense years of writing and editing, my latest book Eclipse of Faith, is now available.