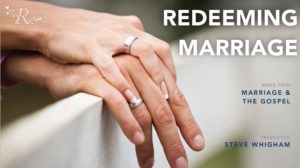 How the Christian Gospel can both inform and improve our marriages

This talk was given by Steve Whigham on September 20, 2015 at Redeemer Presbyterian Church in Travelers Rest, South Carolina. You can find out more about Redeemer athttp://redeemerpres.church

And why theists (and atheists alike) should be totally cool with it.

If you are a theistic believer (Christian, Muslim, Jewish, Hindu, or other) and you are hoping that science will one day prove conclusively the existence of God, I’m here to tell you that you may be waiting for a very long time. Science won’t give you that satisfaction. Why? Because it can’t.

Whether God exists—or not—is a big deal. If he (or she, or it, or them) exists, then we owe it to ourselves to know who this God is (as much as is humanly possible) and find out if we have any personal and/or collective obligation to him. If God does not exist and we find out that he’s a mere figment of our imagination, then everything changes. All bets are off. And all the social conventions, mythologies, and moralities we have created based upon the false illusion of God’s dominion over universal affairs will need to be fundamentally reexamined. END_OF_DOCUMENT_TOKEN_TO_BE_REPLACED

Talk on Doubt, from Eclipse of Faith 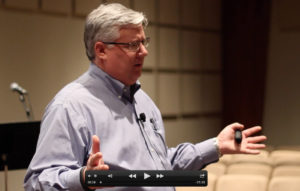 So many of us are doubting today. Many are asking, “Why do I believe what I believe? And how do I know it’s true?”

I gave this talk a while back to discuss why people doubt and what can be done about it.

It is based on my book, Eclipse of Faith.

Why Our Current Arguments Stand on Rather Shaky Ground

“Is there any place for modern music in the modern-day church?”

In a small corner of Christianity there is a debate going on. It’s been raging for decades. And it has perplexed many. Shrill warnings have been shouted. Territorial flags have been unfurled. Battle lines have been drawn. And theological swords have been unsheathed. Most don’t even know what side to choose. The debate has scorched many pulpits, infiltrated the student manuals of Christian colleges, stuffed the shelves of local Christian bookstores, and bloated the blogosphere. Sometimes I wonder why I’m adding to the cacophony.

What is this debate topic? It’s about music. In particular it’s about Contemporary Christian Music (CCM). END_OF_DOCUMENT_TOKEN_TO_BE_REPLACED

The Sin Archipelago: Why We’re Often Wrong About What’s Right and Wrong 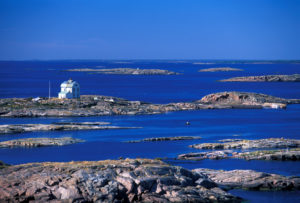 Strange as it seems, there is something interesting about archipelagos that tells us a lot about the nature of sin.

Unless you are a professional oceanographer or a logophile who’s addicted to The New York Times Sunday crossword, the term archipelago (ar-ke-PEL-a-go) isn’t often used in conversation. At the risk of oversimplifying, an archipelago is a cluster of islands in a body of water like the Greek Islands, the Caribbean, the Hawaiian Islands, Japan, and Indonesia just to name a few. What’s fascinating about many archipelagos is that the islands we see jutting out of the ocean are actually land peaks or mountains from an underwater land mass submerged just underneath the ocean’s surface. For example, New Zealand’s islands are the highest peaks of a submerged continent called Zealandia that’s actually larger than the entire subcontinent of India. And Java, Borneo, and Sumatra are all peaks of a submerged landmass called Sundaland. In the southern Indian ocean there are a series of tiny island chains called the Kerguelen and McDonald Islands, that, when considered as part of the same underwater continent, the land mass is more than three times larger than all of Japan. On a common, two-dimensional map, islands such as these appear to be distinct and unrelated because their relationships are hidden by the surface of the ocean. But, when examined closely by the trained eye of a scientist, these islands are far from distinct. Instead, they are biologically interconnected, share identical geological characteristics and are unified by the same tectonic histories and destinies.

So why do I call this essay, “The Sin Archipelago”? Because there is something about archipelagos that have helped me understand the true nature of sin as it is understood by Christian Orthodoxy. In essence, all sins listed in the Bible are visible peaks (no matter how different or distinct they may appear at first) interconnected by a underlying, unifying land mass. And it is that common connection that ties together so many biblical themes and simplifies so much theology. END_OF_DOCUMENT_TOKEN_TO_BE_REPLACED 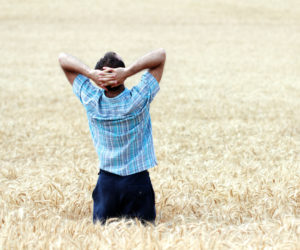 I had a typical conversation with a good friend not too long ago on a cold Tuesday afternoon in Wisconsin. We were belly-aching about church, crazy things Christians do, the times we live in, and a host of random topics you routinely hear when Christians get together.

At one point, my friend asked me, “Steve, why is it you’re always yapping about love—‘The church needs to love more’ and ‘All we need to do is love better?’ Don’t you know that God is just as concerned that we live a life of holiness, too? Isn’t the church commanded to be salt and light? We need to be promoting righteousness, not just sentimental feelings. Christians can’t just go about ‘loving’ everyone and turn a blind eye to all the wickedness of our times. We need to balance love with holy living.”

Wow. I really didn’t have a good response. My first reaction was to defend my position, but I stopped from doing so. Right away, I began to doubt my assertion.

Maybe I have been off-kilter. Maybe I had overemphasized one Christian virtue to such a degree as to stretch and tear the whole cloth of the Christian faith.

Yes, we are to be salt and light. Yes, we should mourn over sin and injustice. Yes, we must be about promoting righteous living. But when is it most appropriate that we love? We are commanded to do that, right? But when, then, is it best to focus on holiness?

Not long after, maybe a week or so later, I sat down one pre-dawn Saturday morning, trusted mug of coffee in hand, and tried to sort through my confusion. And, in deference to Socrates, I began my analysis by defining terms.